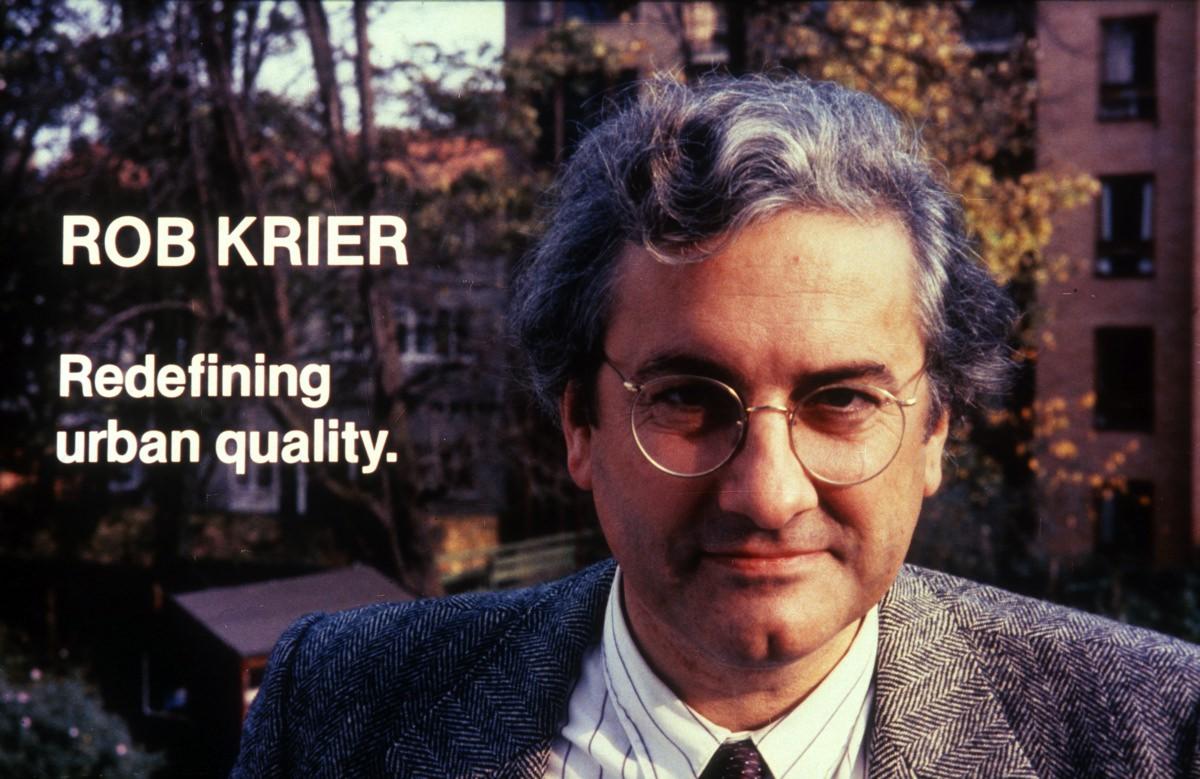 My first objective in my architectural work was the criticism of modern cities. The major problem of architecture is the urban structure. The city in the 20th Century is typically built up with free-standing houses, with no connec— tions, one with the other, and some kind of rest rooms between, floating rooms with no precise geometrical control. Houses also stand just like decorative systems in the country - just like 'meanders' or just like worms they lay in the country. I began to study what elements got lost in modern cities. In the first way it was the space, public open space. 01d cities, which everybody loves (because most of us, we spend our vacations in Vicenza, Brescia or Benice, but nobody goes to Berlin Maerkeschesviertel or some suburbs in London or Paris). So in fact, everybody knows exactly what is the quality of a tradi- tional city, how he wants to live in that city, its connection to green in the garden, and to public life in the street. - The definition of that quality is extremely simple because there's only one definition possible: there are streets and squares in a certain composition together, where public life has some importance. The street is a more or less commercial instrument, the piazza is more or less a cultural one. And all that had to be reintroduced in modern cities, because otherwise we have mecha— nics for living but not the whole density of city life which we had formerly in traditional cities. This does not mean that we had to copy literally traditional architecture or traditional urban structures. We can make new and modern interpretations. But essentially the definition of the elements - of street and a square - is exactly the same as 5,000 years before. That is the first main main problem: the redefinition of the quality of a city, the geometry of a city. The second very important definition is to re- discover the element of ahousein the city; the house, not as an addition of hundreds and hundreds of cells, one near the other and over the other, but a house with a staircase which is really very individual, and where the flat in the house is only one flat possible for this family. This very clear under- standing of the system of a house which every little child knows. It's for me more or less a mystery how that happens, that all children round the world make the same sign, the same symbol for a house. This very simple thing we had to rediscover for our modern architecture. We had to rediscover in another way the scale of a house. I think that four- floor high building, maximum five or six floors, can be allowed for living structures because that is the height you can go up with your legs easily, more or less easily. Over that, you lose contact with the ground, the mother loses contact with the children playing in the garden or in the street. The living space which is organised in higher floors brings a very deep alienation to our living habits. You can die on the 15th floor with the best comfort and with no communication to other people living with you in that big house. I think that is one of the biggest mistakes our best heroes of Modern architecture did. Le Corbusier, Mies van der Rohe and all these fantastic artists, they fighted for an extremely dense living system in high-rise building, but they had no experience in living in the 20th floor because all these people lived in beautiful villas somewhere in Berlin or in the faubourgs of Paris. Another thing we had to rediscover in Modern architecturemis the art of architectural composition, how to organise, aesthetically speaking, the body of a building with a logic and hierarchy of the base, the middle part, the attic, the top, the roof, and also the organisation from the middle of the building to the sides. So that a building had to have some balance in all sides. In Modern architecture it happens very often that if you approach a high-rise building you cannot find the entrance, or you cannot find the entrance in the middle; which is a very naive option for a building,_to find the entrance somewhere in a very logical and simple situation. And I tell most of my students to organise their facades as well as the plans in a regular way, and that means mostly in a symmetrical way. We have our nose in the middle of the face and the eyes on both sides, very quietly organised. A plane is absolutely regularly organised because it obeys to the rules of flying. And a house is not similar but it has very normal organisation, a very normal structure inside, with a living—room as something in the middle of the house, and some other rooms beside. We have to rediscover the elements of the architecture. We have to redefine what is a window, what is the quality of a window, what is the quality of a door, of a staircase - what can be the tremendous space of a staircase inside a house. And there's another very important definition - I want to point out this definition of the geometry of spaces inside the house. Geometry is something which has been born with Mankind. Geometry is the first invention of Mankind. To build a square room or an octagonal room, or an oval room, geometry provides us with beautiful things. 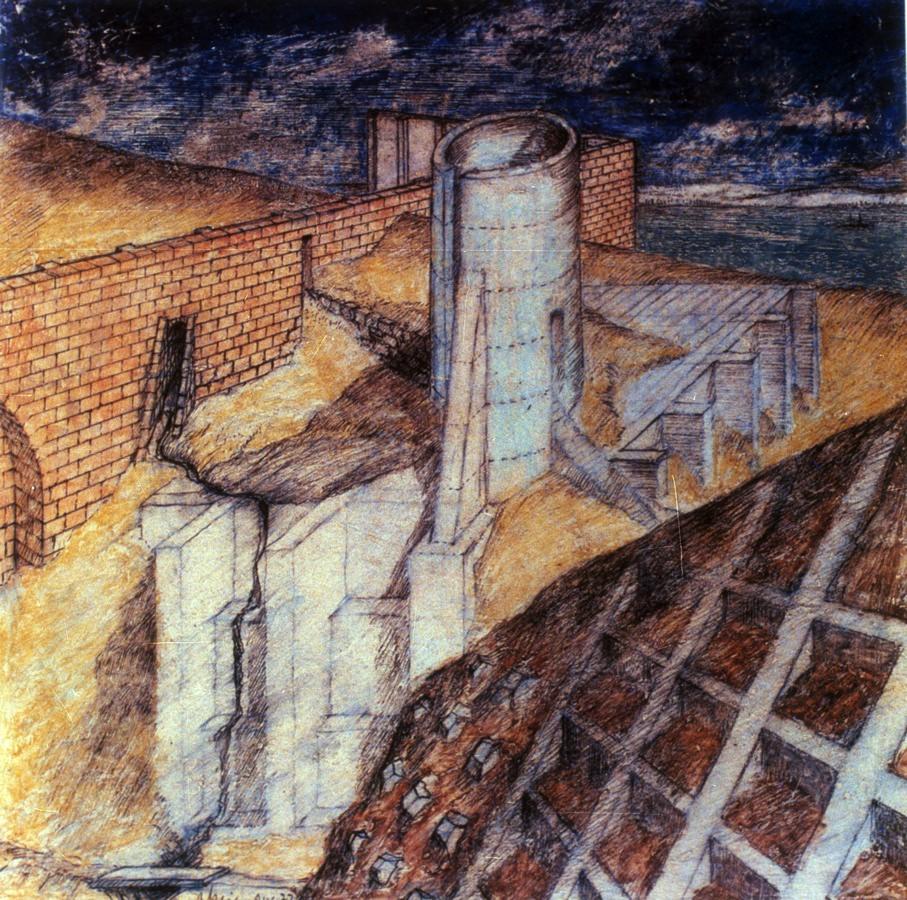 In my slides I want to begin with some of possible elements I can illustrate. For example the theme of the wall, how to build a wall as an engineer, how to stabilise a wall in the country, how to curve it to make a tower with the wall, how to organise it as reinforcement of the landscape.