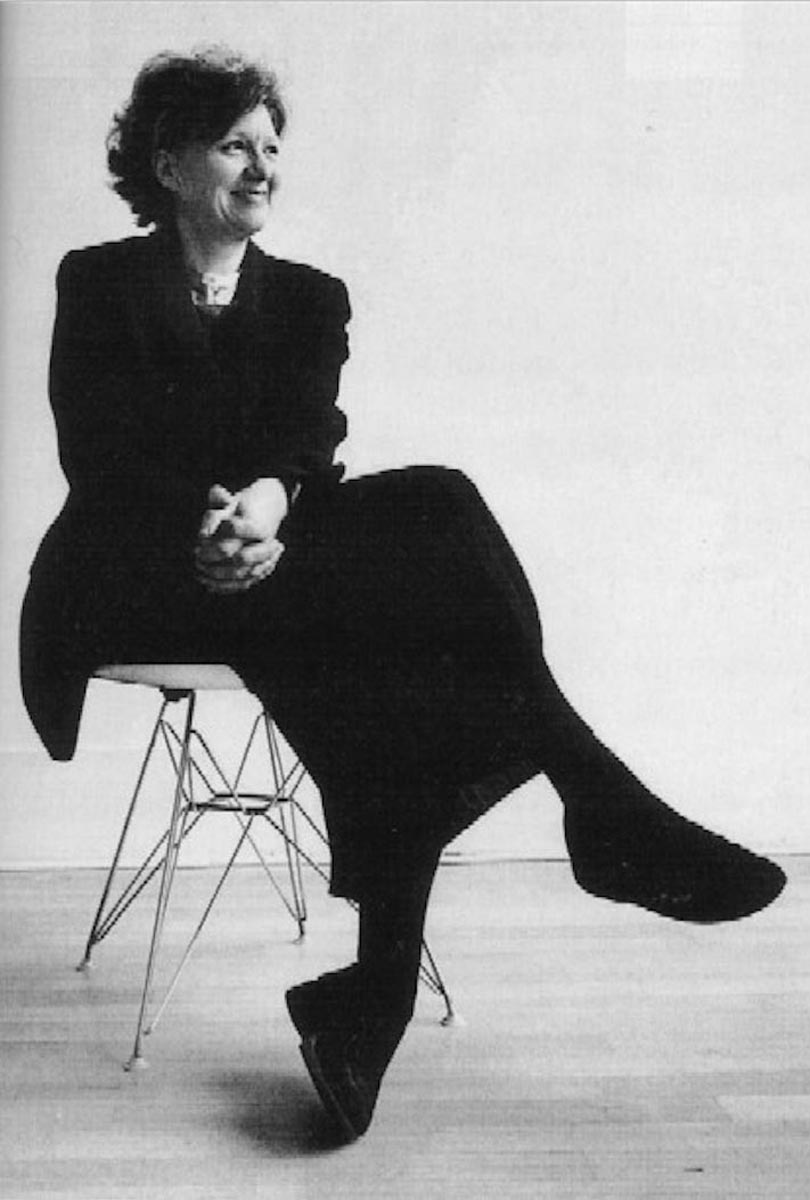 My name's Kathryn Findlay, I have a practice called Ushida Findlay, and I spent 20 years in Japan, having an oflice there for about 15, and for the last three years trying to swap/switch cultures and countries and set up a practice in the UK I suppose the first thing that needs to be explained is really how the experience of living in a difi‘erent culture, for me, has influenced my work. The first things to talk about is how the Japanese create space and how that space makes a kind of total design. The Japanese involve consciously all of the senses when they design. They are very consciously aware of sound and of smell and of texture as well as what something looks like. For instance, there's a painting in Japan, a landscape feature for which there's no authorship, called a "sui kin katsu". It's a large steel hollow sphere with a hole in the top which is buried in the ground maybe three centimetres below the surface. And when it rains, the water drips into this hollow sphere and the sound echoes out. And it's a wonderIul experience because you hear the sound of water, you are aware of the fact that it's just rained, and it's raining and you don't see anything. But it's a beautifill way of expressing space. Another example is a, it's called a "sbishi otoshi" and it's like a bamboo, a hollow bamboo pipe that's set in a garden on a pivot. I experienced this feature in the Silver temple when I first went to Japan. And it was such a surprising, delightful experience, it really afi‘ected how I saw things in Japan. What happens is that there is a stream of water through the garden and it's channelled onto this pipe, into this hollow pipe. When the water runs into the pipe, at a certain point there's more water on one side of the pipe on the pivot than the other so it tips up and it's hollow, it empties itself. And the sound is like, you know, when you get the sound of hollow bamboo it sounds like ..... whch is lovely. And it makes you realise that space is about understanding, I suppose, the basic mechanics of something. It's about silence which has a positive connotation, it’s pregnant with possibilities. And the space is punctuated with regularly absolute precision, time is then punctuated. And it make you feel that, as a designer and as an architect, you ought to be very aware of all of the senses when you design. And that's very much part of Japanese culture. And I suppose, with my art background — I went to art school for a little while before I went to architecture school — this struck a very very strong chord with me.


The Chaotic Jumble Of Tokyo 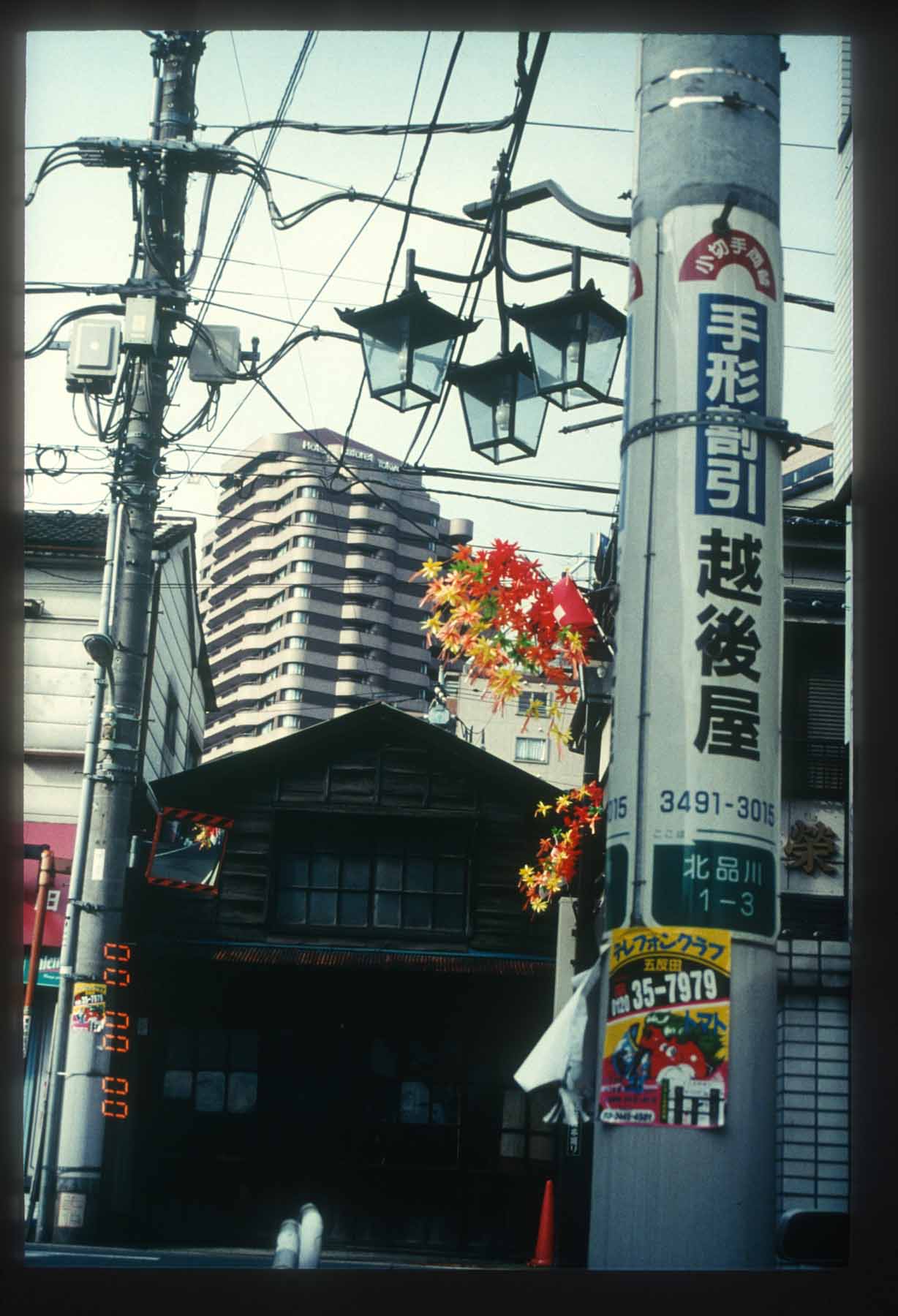 And the other thing to talk about is, living in a city like Tokyo, what's interesting about Tokyo is it first appears as this thick grey crust, this chaotic jumble of which there is not order. And when you live there for a long time, the order really sort of sinks in. And it's actually very simple. It's to do with very chaotic, very disordered, all the streets are very sort of random But there is an order which is to do with the address system And it's top down. You get Tokyo, and then you get the ward, and then you get the district within a district within a district within a cluster. So you get a number, and then you get a hyphen and then another number and a hyphen, and then another number. And when you go to find yourself; find a new place within the city, you don't have the simple picture in your mind of a line and a number. You have a much more complicated complex picture to deal with. You have within the clusters, logically it would be that '1' would be next to '2', would be next to '3'. But sometimes the ordering, because of the sort of layout of the streets, jumps. So what happens then is that the spatial ordering of the city isn't just to do with a solid thing and a line and a number, a building in a street and a number. It's to do with buildings as landmarks. But landmarks can ofien be casual things, temporary things like this shop or this flashing light or this post or this View of these fights. So that means that the spatial ordering between building and the ephemera is far more subtle and far more gradated. So your sense of what architecture is, and what is solid and what is temporary, becomes much more gradual and much more fiised; and actually begins to make you much more aware of the invisible forces, invisible energy and factors which create spaces that are not necessarily understood at first sight.