It is commonly said, as you all know, that in the old buildings of the archaeological ruins of Egypt or Greece one can read the ways of living of these ancient civilizations; or that in the Florentine and Venetian palaces is written the message of the Renaissance. Well, if buildings really speak, architecture is a form of communication, it is a language that everybody should learn to understand, because all of us have to do with the built environment. But is it only one language, or several languages? How many architectural languages exist? Probably, as many as verbal languages, but essentially two: the classicist language, based on rules and dogmas, such as symmetry, rhythm, consonance, proportion, perspective, Doric, Ionic, Corinthian Orders, and a lot of other grammatical and syntactic precepts; and the opposite language, human, organic, anticlassicist, which is based not on form but on content, not on the look of a building but on its use. Shall we try, just for a start, to find out which of these two languages has more informative value? 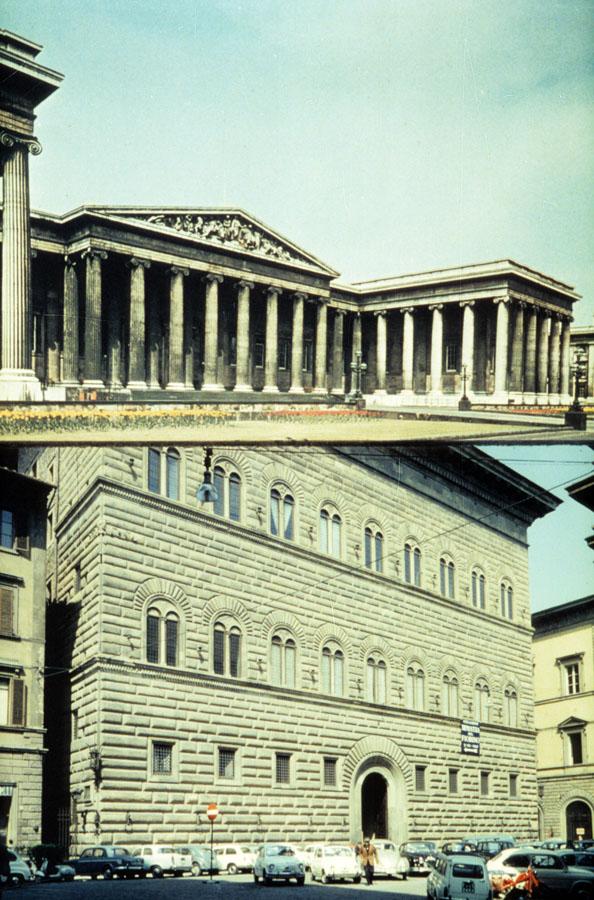 Think of any monumental building, of any official, institutional structure with a big colonnade in front of it. Let's speak with this building. Let's begin by asking who are you? I bet there won't be any answer. The building has no identity. It could be a royal palace, law courts, a university, a ministry, a museum. It is clear that the architect did not care about telling you the purpose of his design. 0n the contrary, he was interested in concealing its content behind an emphatic façade. He did not want to speak to you, he wanted only to impress; imposing on people something solemn, almost sacred, completely out of scale with the human being. Generally, there are staircases before the colonnade, to make it more difficult for you to get in, to discourage you from entering. This kind of architectural language, the classicist, is static, universal and eternal. Nothing can be added or subtracted. If you remove a column, the whole system will collapse because it depends on the most rigid symmetry. Let's try asking one of its elements, for instance a column: Who are you? Again, no answer. This column has no identity: it belongs to the colonnade, to an almost military organization, where individual peculiarities are suppressed, and everybody is dressed the same and aligned to the same standard height. It you don't have columns, you will have windows; but don't try to ask a window: who are you? You will have no answer. Windows are all equal, equally spaced along the façade, superimposed one above the other so as to have a series of vertical axes. It is evident that the architect, designing these windows, thought of everything except the real function of a window, which is to give light to a room. In any palace, the rooms are certainly not equal: the ballroom can't have the same dimensions as the bathroom. But the architect was interested in the proportion of the façade itself, and therefore the window of the bathroom had to be the same as those of the reception hall. Nothing can be read of what is behind the façade. Everything has to be anonymous, rhetorical, monumental, deprived of semantic value. This is the classicist language of architecture; the one that spread all over the world, during the XIX century, from the Paris École des Beaux-Arts. It is the language of an architecture symbolic of power, authority, oligarchy, in the best case of bureaucracy, quite often of dictatorship. It is the language typical of Napoleonic architecture, nourished by the abstract absolutes of the Age of Enlightenment.