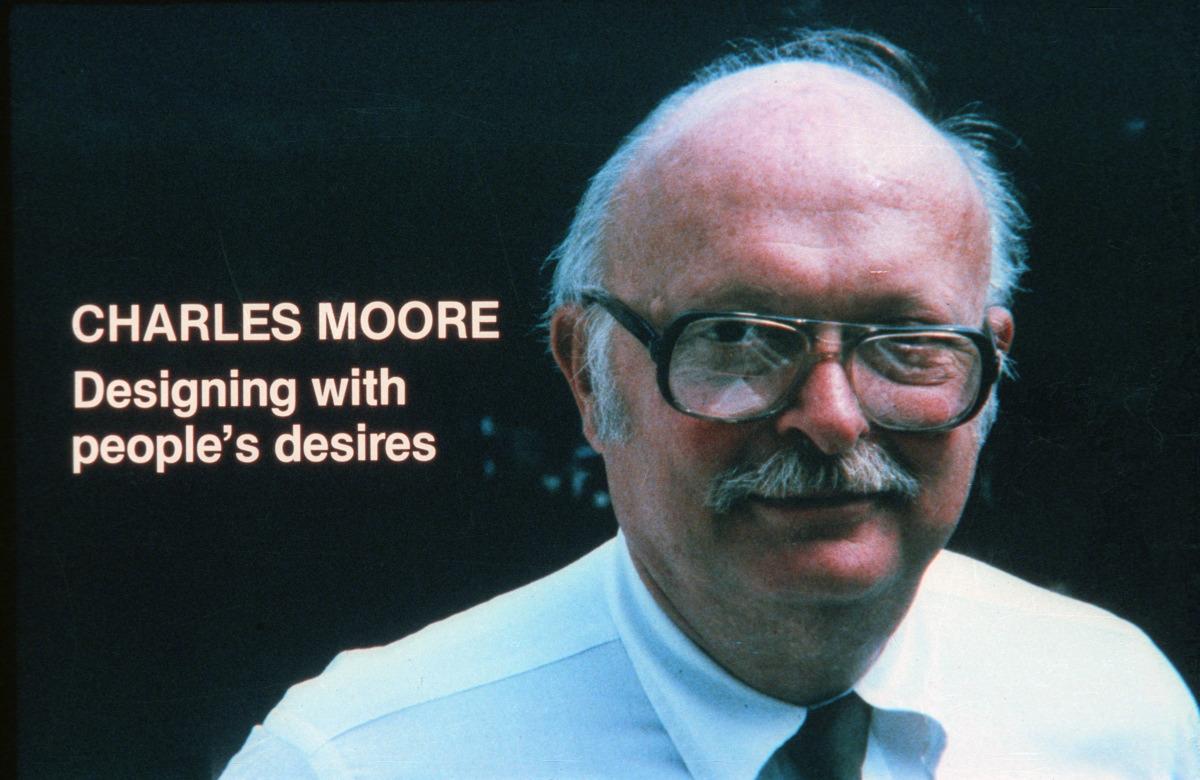 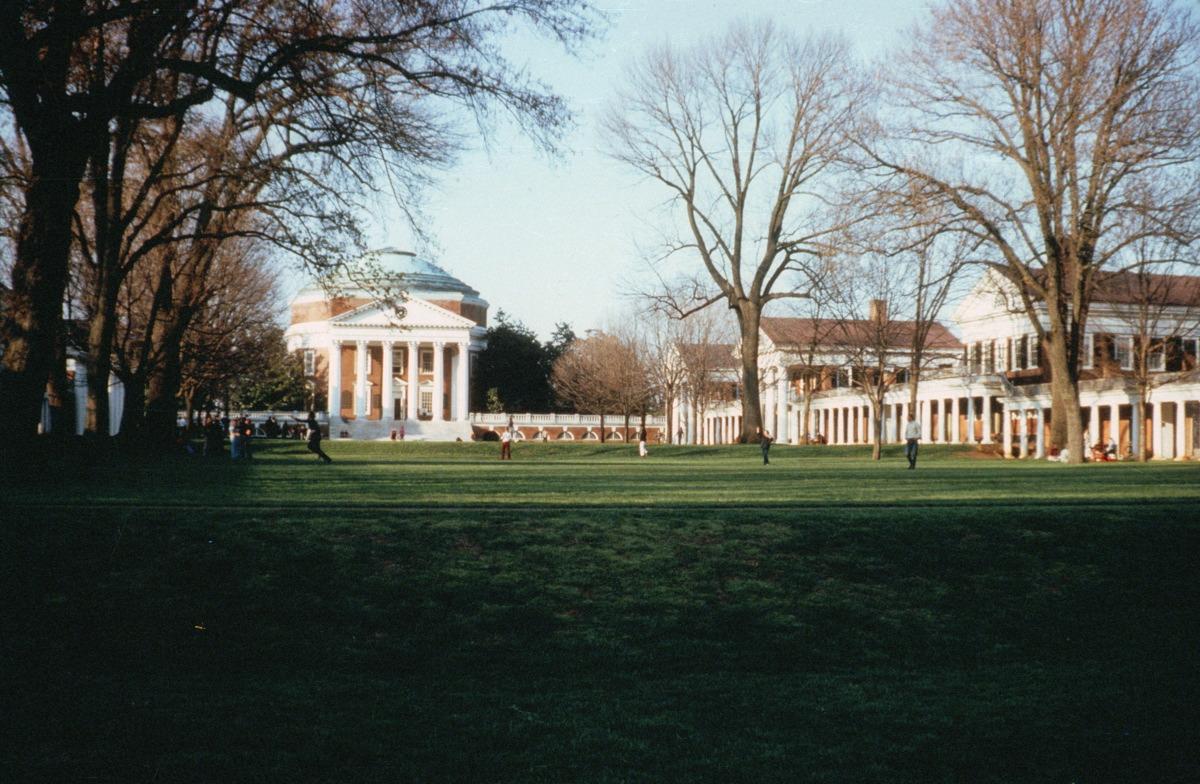 This first slide is of Thomas Jefferson's University of Virginia which is I think the most powerful and exciting group of buildings on the North American continent. Thomas Jefferson, in addition to being an architect of course, was one of the founders of his country and served as its third President. He was anxious to make his new, poor, small country stand high in the eyes of the world, and he felt that architecture could help greatly to do that. He was interested in the architecture of the Greek and Roman republics as a model for the architecture of his new republic, and here at the university manages to have a whole lesson in stones to show its power to young people who would come and go to school there. The group consists of ten professors' houses which I think we can equate, for our purposes, with aristocracy, with a library at the head. And then the students' rooms, still the best dormitory rooms of the USA, between those ten pavilions. The students' rooms have in front of them small columns marching in what's called democratic order. The professors' houses have various kinds of architectural lessons often with great big columns which is what's called aristocratic. I think it's fascinating, though I'm not at all sure that Jefferson intended it, that with those columns speaking as clearly and strongly as they do, they get to tell us all sorts of stories past the original ones. I'm fascinated by the way that the little columns collide with the big ones at every pavilion, sometimes as you notice riding directly in front of the pavilion unstopped, the power of democracy, and sometimes giving way to the aristocratic larger pieces that step in front of them.