In Paris In The Twenties
Erno Goldfinger 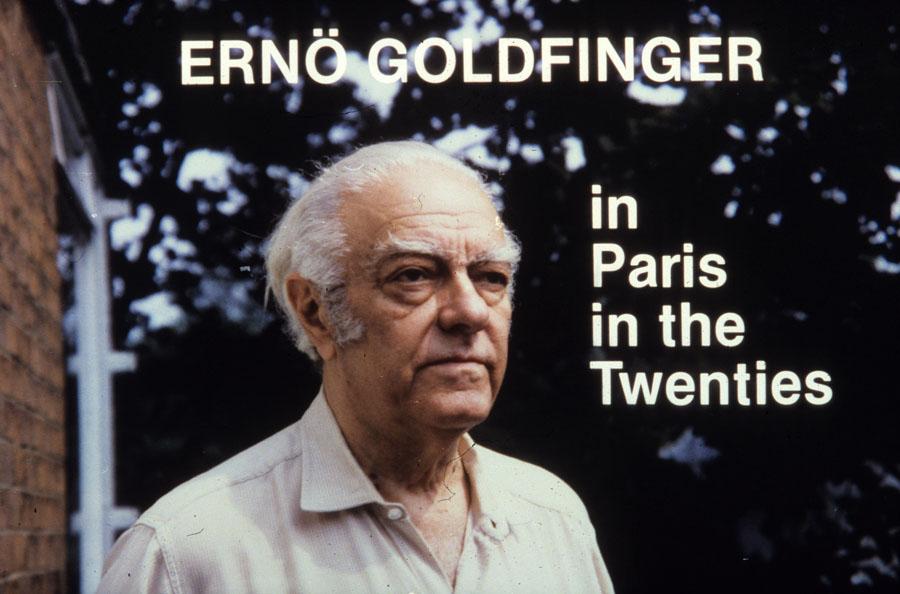 well, here is 'Uers une Architecture' written, as you see, by Le Corbusier Saunier. Neither Le Corbusier nor Saunier was the author's real name. His real name was Edouard Jeanneret. But well before this book, which had such an enormous effect on me, we read practically compulsorily Guadet which was a theory of architecture written around 1910. I was fascinated with medieval architecture and when I had some money I bought Viollet le Duc's ten volumes of the Dictionary of Medieval Architecture. At the Beaux Arts our bible was Vignola's book on architecture. we had a rather beautiful Italian edition. Then there was a very‘special’which I liked very much, two volumes of Andre Choisy, and this was my classical education. But then appeared something quite different from what we had before. Here was Le Corbusier advocating aeroplanes and motorcars and whatnots, and this was of course a terrific revelation for me. But in Corbusier'e book 'Uers une Architecture' I found a lot of illustrations which I knew already. They came mostly from Andre Choisy's book. His ideas of proportions were all worked out by Choisy. The Golden Section and the Root 2 proportion, and the 2:3 prooortion, were all there in black and white in Choisy, which later on culminated in the 50's and 60's in Le Modulor. So there I was in the Beaux Arts. I had finished my 'seconde classe', and had two 'valeurs' in 'premiere classe', and there came out this absolutely staggering book, unreadable but fabulous, 'Vers une Architecture'. So all these things which we were doing weren't really architecture, so said Corbueier. we are going‘towards’an architecture; that's all it is. Not a new architecture, not an old architecture, but‘towerds’architecture, 'Uers une Architecture' — So there we want, we went to the art school in the rue Jacob. Corbusier lived in the rue Jacob at that time. I knew Pierre Jeannsrst, his cousin who was his partner. So we went to ask Corbusier to teach us architecture. We said we were going to found - there were ten of us — we were going to found an Atelier ls Corbusier in the Beaux Arts, a Beaux Arts atelier. we were all very keen to finish the Beaux Arts. Le Corbusisr put us off, he said he wouldn't teach architecture, but he recommended us to go to his master who taught him all he knew about concrete, about building and about architecture. And his name was Auguste Perret.