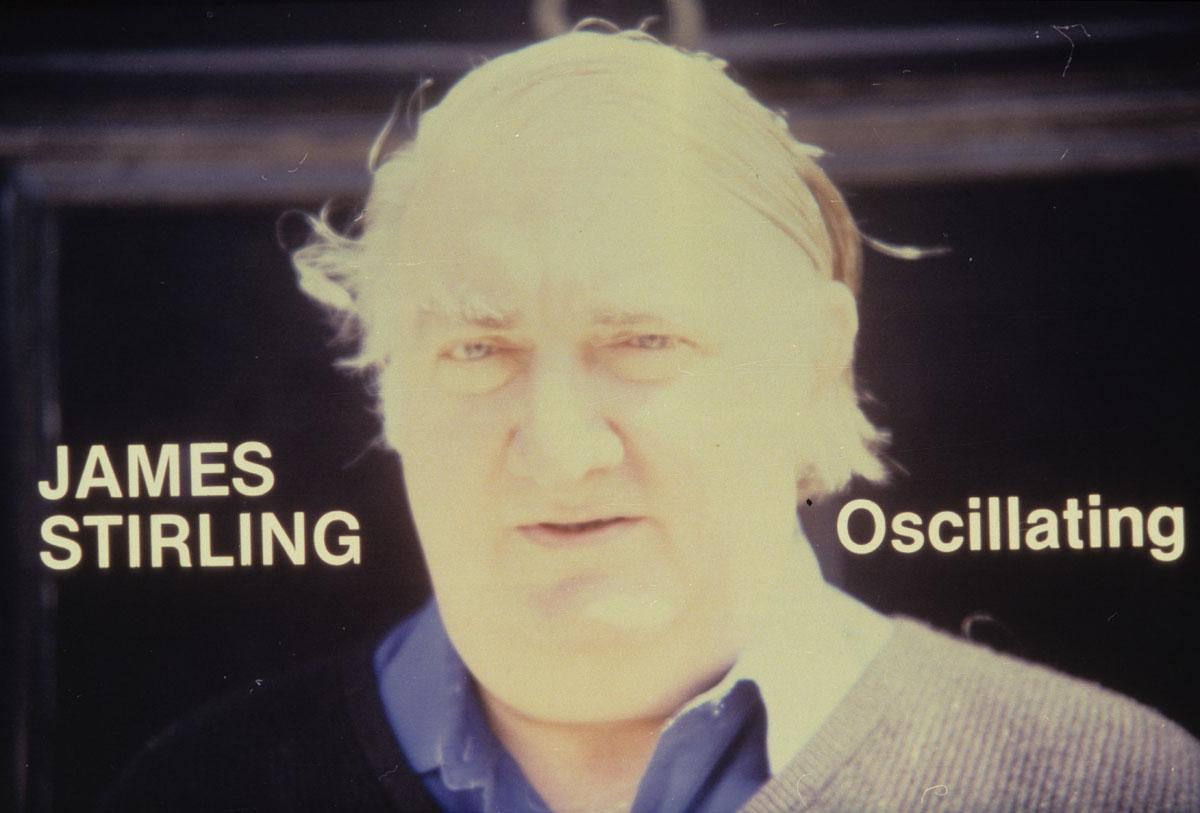 First I should say there are many who have helped me. Firstly going back to the beginning, - to my mother who was a Scottish/Irish schoolteacher and who early on perceived that I had no heart for my father's wish that I should follow him in going to sea - my father was the archetypal Scottish chief engineer. Ironically it was my discovery of his 'apprenticeship' drawings - beautiful blue and pink wash sectional drawings of machine parts, turbines, ships' engines, etcu that first opened my eyes to the elegance of functional draughtsmanship. Later at Architectural school I would thank my good friend and teacher then as now - Colin Rowe. I particularly wish to thank everyone who has worked with me - consultants, staff, associates and partners - partner at the beginning James Gowan and in the last several years Michael Wilford. \ I've always been a designer with wide—ranging interests and perhaps eclectic tendencies; it could hardly have been otherwise, my architectural education was from the books. As a young man I did not work in an office or through the English system of being an articled pupil - a practice which seemed to be dying out (about 1945) just as I went to architecture school - so my problem was not one of working for a master, - or, of getting out from under the influence of one. Rather, at Liverpool under Professor Budden - to succeed, one had to be good in many styles. At first we did renderings of classical orders followed by the design of an antique fountain, and at the end of that year we had to design a house in the manner of C.A. Vosey - quite a span of history. In following years)we oscillated backwards and forwards between the antique and the just arrived 'modern movement' - which for me was the foreign version only - as taught by Colin Rowe. In addition to 'Towards a New Architecture: the book which influenced me most at this time was Saxl and Wittkower's huge atlas-like 'British Art and the Mediterranean', this much more so than Wittkower's later 'Architectural Principles'. This large book was the one that none of us students could get to fit onto our plate glass and wire, Albini-style bookshelves. It just lay around on the floor and got looked at. with such an education I developed obsessions through the entire history of architecture. Somewhere in the mid 50's (was it to do with finding a genuine Brutalism?) I became interested in the stripey brick and tile Victorian architects - like Butterfield, Street, Scott, etc. And when I went to the US as a visiting critic I found the asymmetric turn-of-the-century timber shingle houses of even a town like New Haven an eye-opener and more interesting than Saarinen or SOM, the current heroes. Though I do confess I was impressed by a limited period of Frank Lloyd Wright's production - particularly the concrete block houses around Los Angeles. During my first visits to the US I was also aware of the incredibly high finish and 'way out' aspect of New York Art-Deco buildings - such as the Chrysler tower among others. In the whole of Europe it seemed to me we had nothing to come near them. I'd known the Soane Museum from the early 50's and later I became interested in neo-classical architects like Soane, Gandy, Playfair, Goodridge. Their German counterparts, Gilly, Weinbrenner, Von Klenze, Schinkel etc., seem to me to extend the process into a.later date with a far greater juxtaposition of scales and materials. Actually, it is the 'transition' from nee-classical into Romantic sytle, in the first half of the 19th century, which I find particularly interesting - the move from that most abstract, sparse, neo- classicism which somehow carried a maximum of emotive association, to the break up of classicism with the incoming language of realism and naturalism - a fascinating circumstance which I think has parallels in the architectural situation today. But now I should switch to our own limited production. 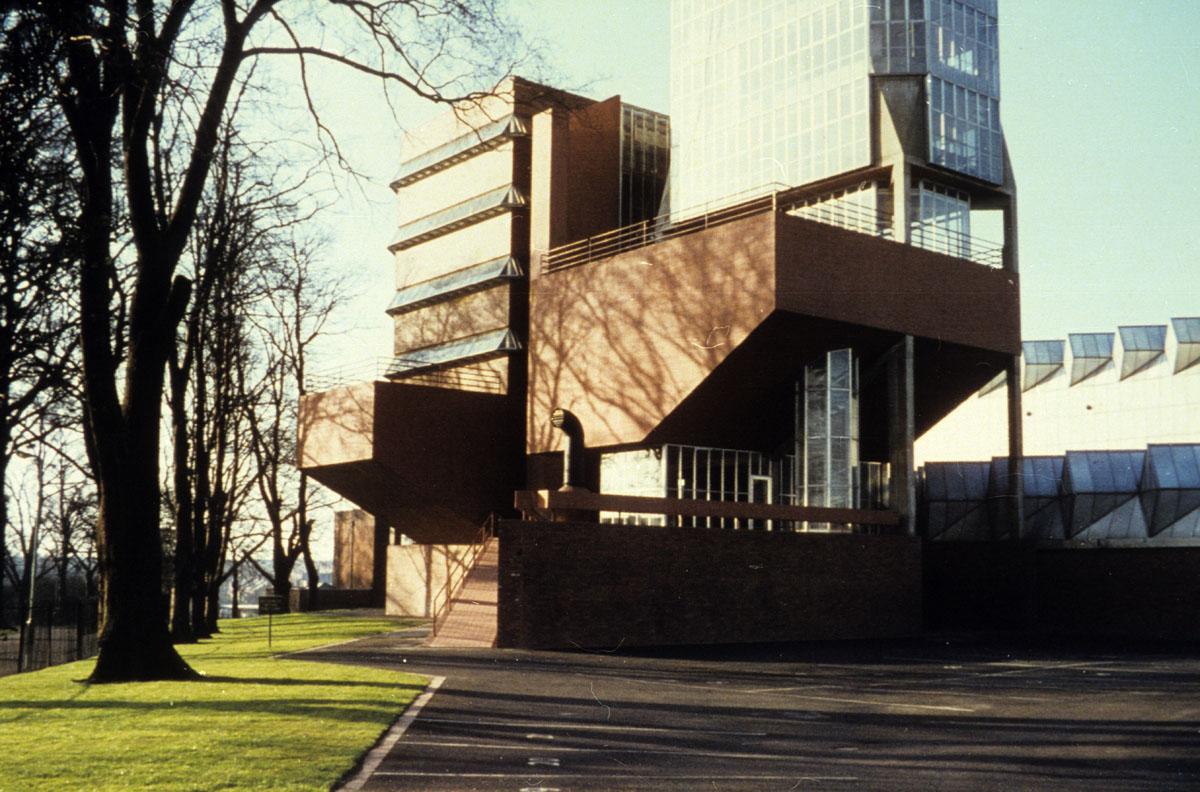 We are,alas,too well known for a small part of our output - namely the University buildings of the early 60's particularly at Leicester and Cambridge - and recently I've heard the comment 'Why has our work changed so much?”. Whilst I think change is healthy, I do not believe that our work has changed. Maybe what we do now is more like our earlier work, and that oscillating process is still continuing. ‘ The Leicester, Cambridge, Oxford projects have been referred to as Expressionist, or Constructivist and even Futurist and, whilst this may be so, they also have more humble origins, such as Leicester's backward look to the typical pre-war industrial estate factory where the office block is up front and the workshop behind.