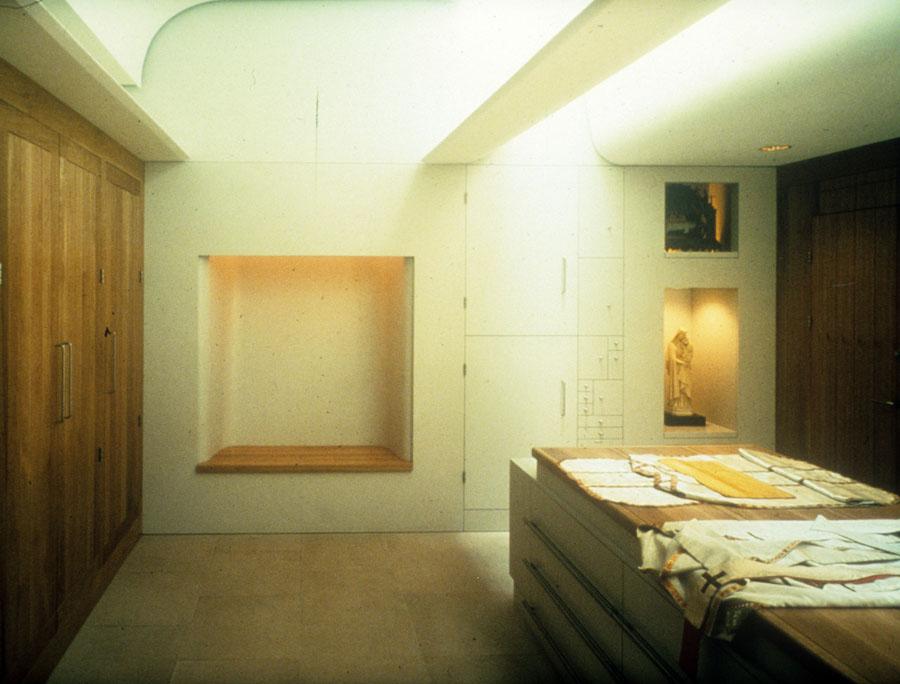 What I want to do is talk about the work of the practice in relation to a number of themes which have developed through working on individual projects. I think it's important for our practice that we don't begin with architectural theories and then try and prove them through building. We see theory as something which is a reflection of experience. And therefore what I'd like to talk about is ideas that have come fiom building something once, seeing how it went, and then trying to do it better next time. There are a number of themes, that's seven of them, which I'd like to raise: One has got to do with light. The other has got to do with the idea of place — the history of a place and ideas that come from the stories that could be told about that place. The next one is to do with materials and making and the sense that architecture should come from the way in which it's made; and the materials which you make it from have something to tell us about how they should be used. We've recently become interested in the idea of buildings as being like metabolisms or eco- systems. They are sort of, in themselves, systems which are connected to other systems. And that has been a lively area of study in the practice recently. And the theme of landscape is very big in the practice. When I use the word 'landscape' I mean in relation to urban and rural landscapes. But first of all the idea that there is space in the landscape which the building takes its place in, and also it can change the space of the landscape. But also the idea that landscape provides metaphors for buildings and it's possible to develop the organisation or the order of the building in relation to landscape metaphors. And finally, the idea I'd like to talk about, and one that has been part of almost every project we've worked on, which is the notion of collaboration. To me that means that if you collaborate with people in designing a project, whether they're clients, artists, craftsmen or consultants, you broaden the design base of the project. Collaboration with clients means that, if they feel they‘ve been fillly included in the process of bringing the building about, they tend to be more accepting of the architectural language, the architectural expression. But I think, more importantly for an architect, I find collaboration to be a way of ambushing my own imagination, by having somebody else who comes from somewhere difi‘erent from me, throwing ideas in and asking for those to be considered. It means that I'm unlikely to produce something which is lazily thought through, which is an imitation of something I've done before, or seen in a magazine before. So for me, collaboration is a route into originality. 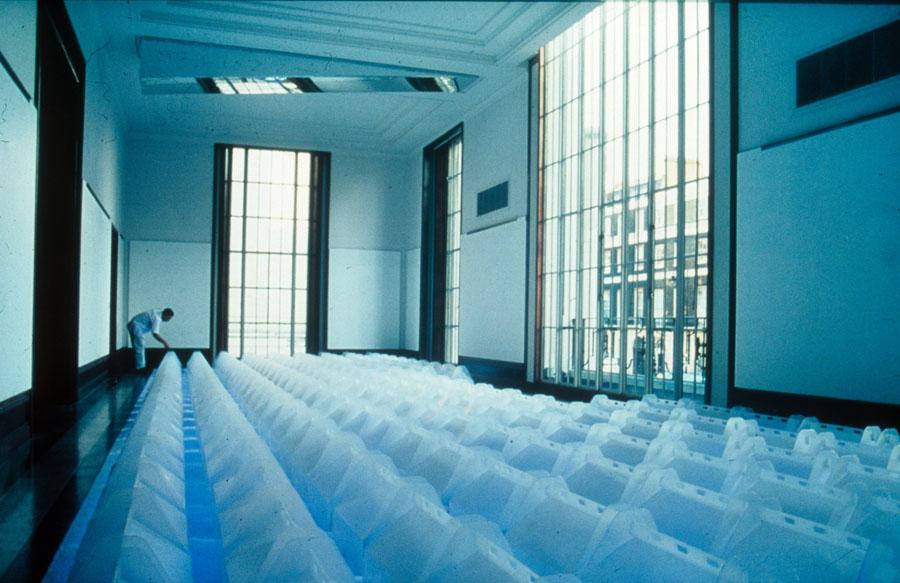