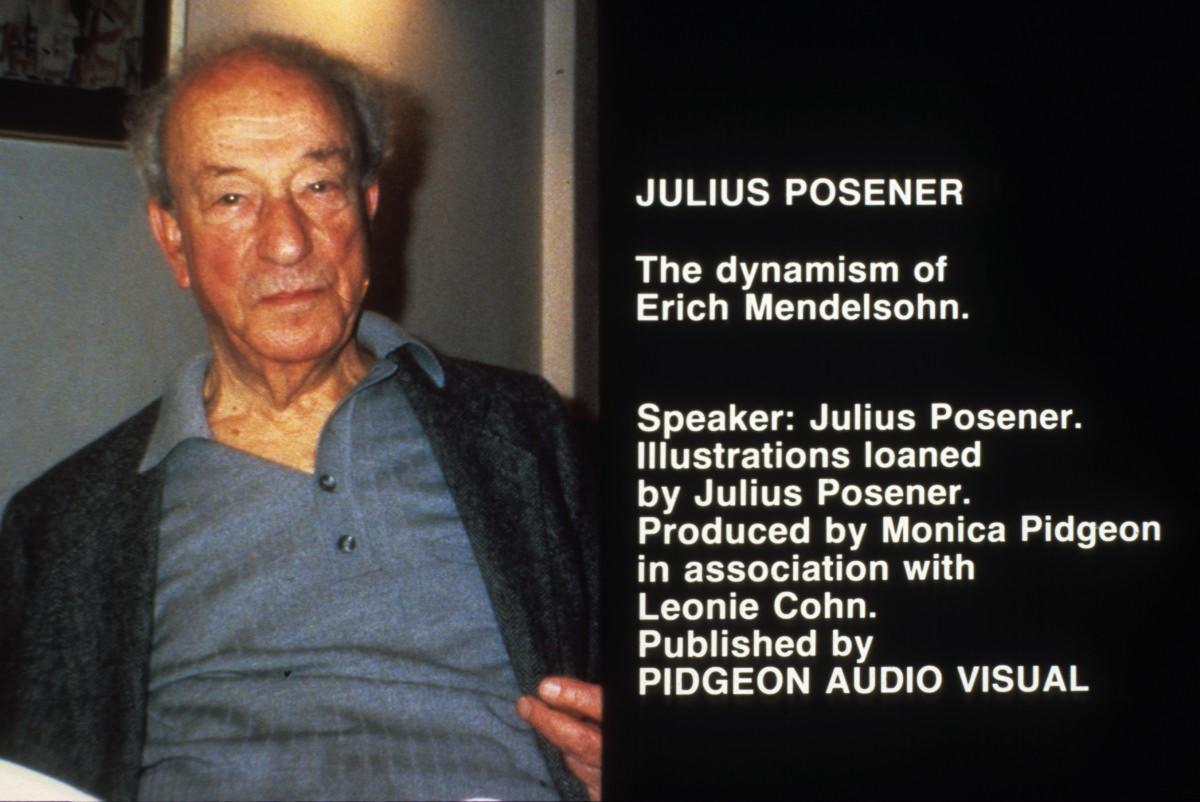 When we were students in Berlin in the early '205, new architecture, built new architecture - not just sketches of which we had seen plenty - was Erich Mendel- sohn who had then realised at least three major buildings, the famous Einstein Tower near Potsdam, the Hat Factory at Luckenwalde and the Mosse Haus in Berlin that was just under way. So that when we had to point to the new thing which was coming and which presented a complete break with anything that went on before the War, even the most advanced things, even Behrens very famous electrical factories, we pointed to Mendelsohn. I, who was very conventional, very traditionally—minded, was simply afraid of Mendelsohn's work. The impression was so strong. Though at that time I saw him several times, and very shortly after I made his acquaintance, I found him ex— tremely arrogant but very intelligent axivery interesting and a very lovable per- son. What was so entirely new was the fact that he did build without using any ornament, he did build without using any of the old relation of supporting and supported parts of clearly divided storeys in a building, it was all one grand flux, it was all unprecedented shapes; that in those shapes there may be a memory of Art Nouveau didn't occur to us, I must say it didn't occur to me for quite a long time, he himself told me. So that was the shockingly new thing, new impres- sion which Erich Mendelsohn gave us. Now who was Erich Mendelsohn? He was born in E. Prussia, in Allenstein which now belongs to Russia, and he called himself an Oriental from E. Prussia. And he told one very funny story: he was studying architecture in Munich under the guidance of Theodore Fischer, a very great teacher of the time at Munich,and Fischer gave as subject a town hall from MUhlheim on the Ruhr, and when he saw Mendelsohn's scheme he said 'Mendelsohn, that is not the town hall for Muhlheim. That is a railway station for Baghdad'. Mendelsohn used to tell the story, adding that Fischer was perfectly right in both railway station and Baghdad; meaning a purely utilitarian architecture and an Oriental architecture. He always considered him— self an Oriental. He never, like so many Jews did at that time, tried to sort of hide it; on the contrary he asserted it. So he went to Palestine already in 1923 intending to stay there. He also, by the way, excﬂnd, by his newness, by his impertinence, by his lack of regard for anybody else, a very strong anti—semitic feeling. His great influence belongs to the time of the very beginning of a new architecture in Germany which has been called dynamic or expressionist - think of the sketches of Bruno Taut and things like that — but which was superceded in the middle of the '205 by what we call now the Modern Movement or Functionalism or International Style, there are several names for it. After that his influence began to diminish. After that Mendelsohn, developing his own style, so to speak, kept on a sideline. Every building of his was still very well being published, but it was a kind of not 'labour of love' on the part of the publishers but 'labour of duty', because after all he had to be recognised, he was there. Only during the last phase of his stay in Berlin, the one about which I'm going to talk more in detail, he formed at the same time part of the Modern Movement and at the same time also remaining aloof, remaining absent from the Modern Movement, re— maining or, one is even tempted to say, bgggming Erich Mendelsohn. The strange thing is that that phase in his lifetime was hardly recognised in its true impor— tance . 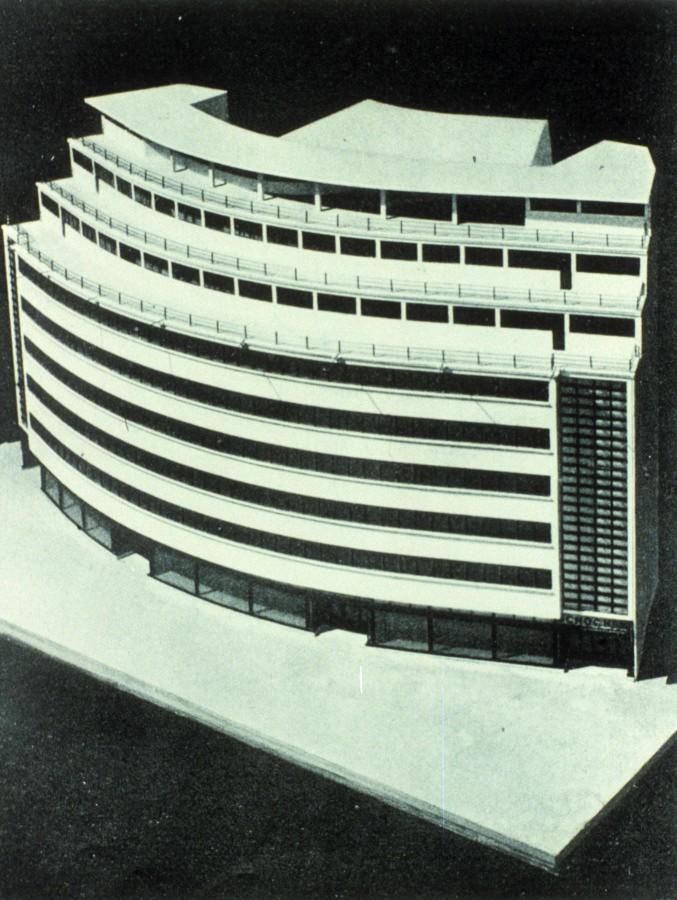 It has been suggested that I select one particular building to develop, starting from that, a short overall view of Mendelsohn's work; and that building was to be the department store of Schocken at Chemnitz, in the DDR, now Karl Marx Stadt, Germany. It has the following advantage. It shows a new Mendelsohn who, as far as architec- tural language is concerned, has become a member of the Modern Movement and at the same time, it retains the strongly dynamic character of Mendelsohn's architecture. You see from the model photo...