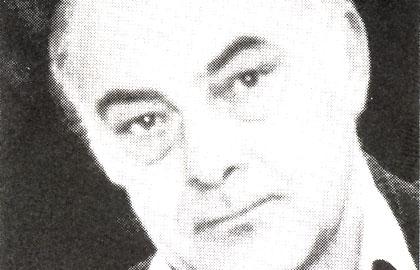 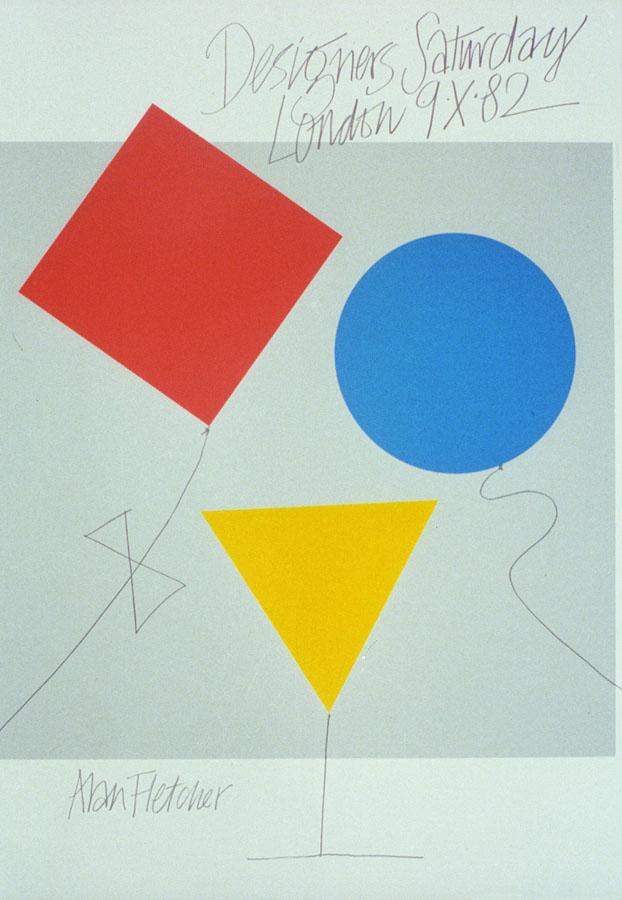 Let me talk about this job, because this is one I think which really demonstrates what I'm trying to say very clearly. I was asked to do a poster for Designers' Saturday, which is an event held in London and originated from New York in fact, which is when you get classy furniture manufacturers, have an open day on a Saturday and people come from all over the country to see their furniture; and the brief for the poster to announce this event was I could do anything I liked, which is the worst kind of brief you can have because it literally means you can do anything you like and therefore there are no constraints, and without constraints you can get yourself into a lot of trouble. So the first thing I did, I gave myself some constraints. I took the three most basic boring shapes you can imagine - square, circle and triangle - and I then picked the three most boring colours you can imagine which are red, blue and yellow, and I decided that somehow or another I'd try to make a poster, suitable for the event, out of these three elements. As you can see, just by adding a scribble to each of these shapes I managed to transform them into something quite different. I transformed them into symbols of a party, and in a way you could say that Designers' Saturday is a party because people actually go to enjoy themselves, it's such a big commercial event. So that is one way of showing how you can transform something just by adding something to turn it into something else.