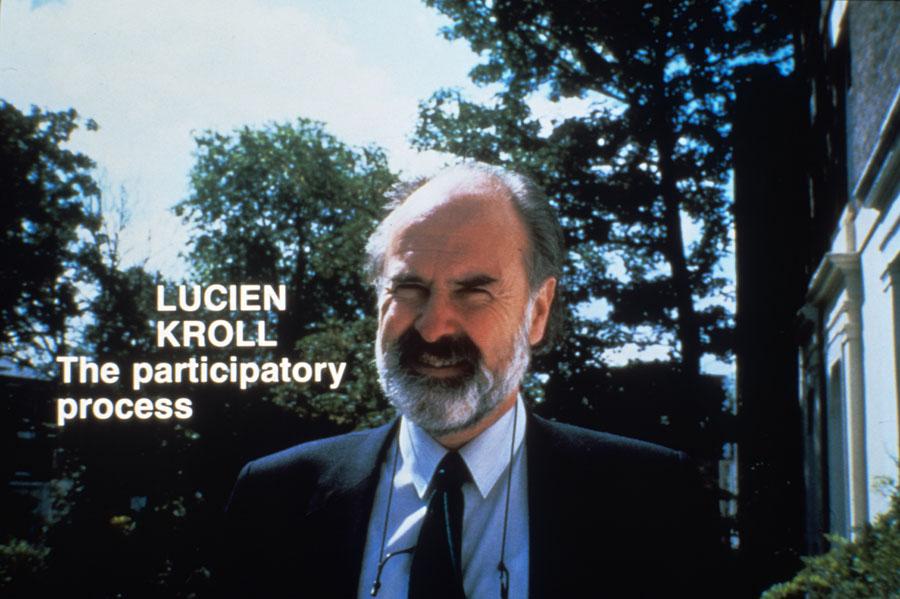 I will not speak about the circumstances, the 'motifs' why architects are archi— tecturing in odd circumstances, in what philosophical or political context. Pro- bably the first tool, the first domain, is the domain of geometry; two kinds: the mechanic you perfectly know which is made of certainties, a limited number of arguments, and it calls itself rational. It is object—oriented. The other is organic made of uncertainties. It's unlimited, it's open-ended, it leads to evo— lution, it creates complexity and hears all the arguments, it is more reasonable than rational. It leads to a process. For 50 years we have lived that object- oriented architecture, for 50 years we have tried to express that technique and evacuate all the past, all the history, with models that had been created in '35 by the Bauhaus, let us say. We know that it is a failure, it's bankrupt. For instance, mass housing is exactly impossible to solve with an object-oriented technique attitude. Industry is impossible and can't answer cultural needs, we know that, we live it, and now we try to invent another direction. In France, within 20 years, they have built eight million apartments and houses, social houses. And the most courageous responsible people avow now that certainly half of it should not have beerlkepm and should be destroyed, which is a national loss and a scandal at the same time. To answer to that, architects did not invent Post Modernism but they tried to escape from that technical fatality. It's a negative position and at the same time it's a freedom, it's a conquest of liberty which is fantastic. You have, right now, being Post Modernism, to imitate the past, toadream, to make poetry, you are free to propose any kind of silliness, foolishness or reasonable things without being criticised. That's a break-through, through that slavery of Protestant Modernism movement of late times. They try to diSquise the buildings because they may control the skin of it, the appearance, the shape of forms, they may not control the inside. They try to get still more mathe— matical than the Modern Movement itself or childish — any kind of possibility. Except one, which is changing the relations between the inhabitants and the con- ception, changing the way of decision—making, and trying to live an organic archi- tecture, an organic town-planning, what I try to explain as a homeopathic town planning that leads to a process that involves the people in their own dimension. We don't ask them to do heroic actions towards building, but to be there, to ex- plain something and to continue afterwards, and to maintain the thing, not to let it as a derelict object. An idea of that kind needs probably between 10 or 20 years to be understood, to reconcile the method of centralised decision as it was, but as a tool, not as a main. And that methodology, these weapons of creating, organising military things are necessary at the moment that they help something which is not themselves and that they express a culture and not a technique, not a way of producing building within factories without knowing who is working on the chains of industry. I'm optimistic for the future but I don't know when the future will begin. The future will not be technique. It will use technique for something which is out— side. It will be cultural or racist or human or sentimental or dreaming or any kind of human complexity and not that harsh system. High tech is a sort of hijack- ing architecture towards a sort of a naughty image of comic strips. 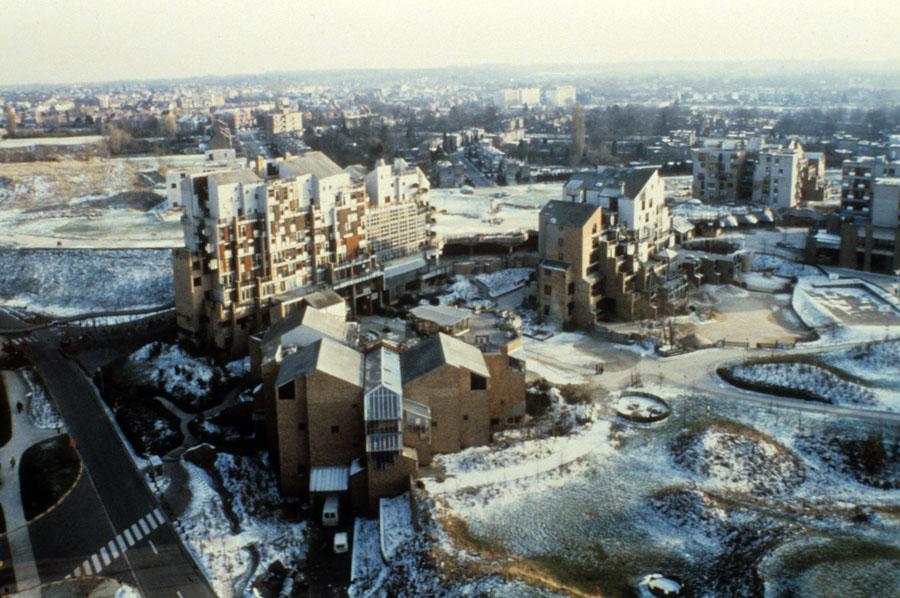 At the beginning of the '705, the Catholic Unviersity of Louvain decided to create a new town 30km from Brussels and they installed all the faculties in a new town, Louvain—la~Neuve, except the medical faculties. So they decided to buy 40 hectares to imagine the organisation of studies, hospital, laboratories, housing for students and everything that belongs to that. And in that time they honestly imformed the students of what they were intending to do. They never asked them their opinion. Theyzmked a town planner, a very efficient and mechanical town planner, to design a town plan for 40 hectares and he did a very good beginning of the 20th Century work with a huge hospital of 900 beds like a throne in the centre of the composi- tion, and then laboratories nearby; and psychiatry for him was a chemical illness, so it had the same skin and structure as the hospital itself, and everyone was happy except the students who said ‘we don't want to be the end product of that machine, that machinery‘. And they fought to combat the university saying that they demanded a link between the houses of the University and the social quarter nearby, that they should be in relation, in contact with other houses to the north of the 40 hectares at Woluvéz St Lambert, Brussels, that they did not want to have such a huge hospi- tal, that it should be divided, etc. etc. And the University hesitated not too long and decided that for "technical reasons" it was necessary to follow that sys- tem. The students, frustrated, asked the authorities at least to choose the archi- tects for their own housing system, and they had a list done by the University. I was the last name on the list, And they went, not to the Ordre des Architectes, not to the authorities of the architects, but to students in architecture with whom we had relations in '68 etc. And they proposed us as architects. Immediately as I received the commission I asked where are the students, and for three years at least we worked in a trustful, extraordinary atmosphere of collabor- ation between students, administration of the university, administration of the municipality, engineers of the university, structural and equipment engineers, and we as architects tried to respect all the wishes, not alone the demands, and tried to express all the diversity we were in front of; because we discussed so much with the students that we knew that they were all different and that they proposed differences much more than organisation. And by miracle the new town of Louvain-la- Neuve consumed so much energy that they hadn't the courage to see what we were do- ing. We were modest, not saying too many things and we designed that as a cultural net much more than an organised, methodically organised object for industry, let us say. AU.the models we had from the Modern Movement were outdated. We tried to live the relations we guessed, or we did invent, or we heard from the students, very precise things in the greatest disorder, which is the best method to respect. When you try to put it in order in a hierarchy, normally the little things you throw them away. If you keep all the things as important arguments and try to mix the whole thing, you get a complexity. And for years we worked that.