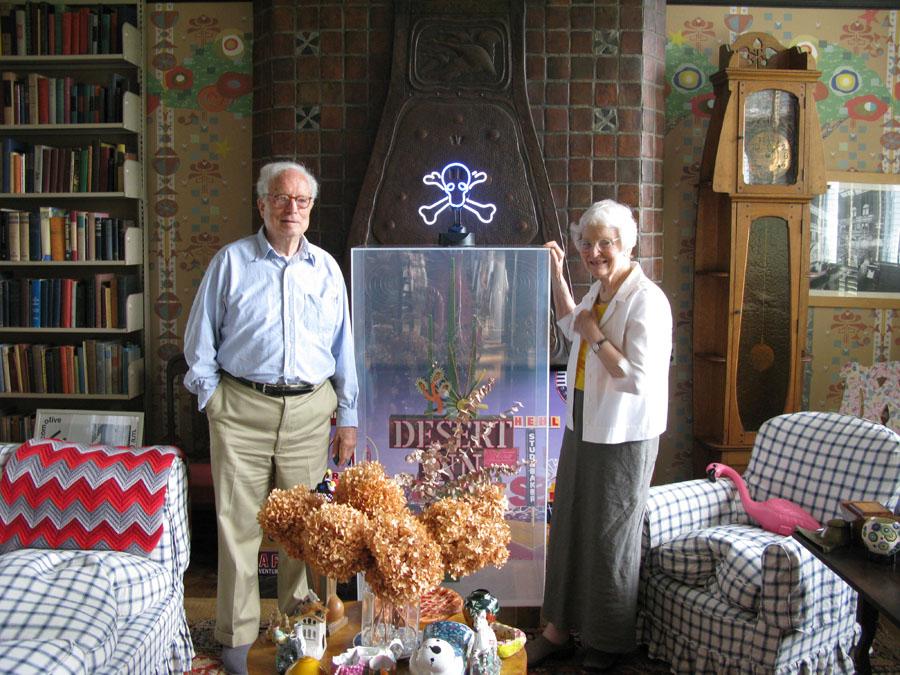 DSB: "Learning From Las Vegas" appeared in 1972 and it's our great pride that it's still in print, and in many different languages. We've just been at Las Vegas and they've removed much of what we wrote about in that book. And some of the great, wonderful signs are sitting in what's called the "Bone Yard", or more politely, the "Museum Of Neon". And they're really out in the desert and just dismembered, and you can see the pieces - it's terribly, terribly moving - it's kind of like a cathedral in a way. They told us there that Russian visitors come... 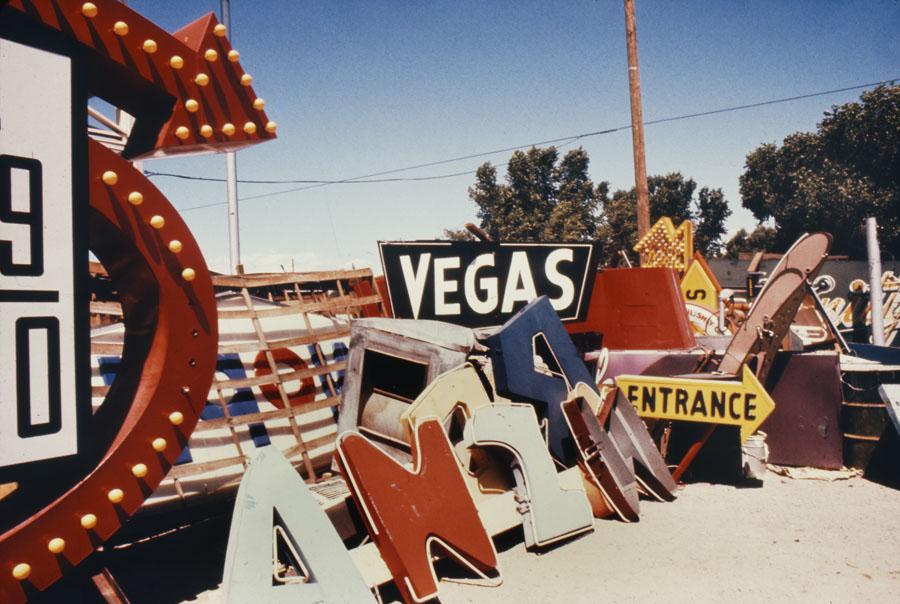 DSB: ...and they spot and recognise the pieces, dismembered, of the Stardust sign. They say it's because they read your book. So it means the book's had an impact worldwide, and forever. And in London now, and in other countries as well (Holland for one, and parts of Japan and Korea), there's a great reappraisal of "Learning From Las Vegas". University of Westminster ran a conference called "Learning From Learning From Las Vegas", and so amongst the youngest architects now, there's a reappraisal going on, and a great interest in the Smithsons and in us. And that's a very nice combination as far as we're concerned, because of all that I learnt from the Smithsons. People in America, again young architects at Princeton and Yale and places like that, they know, and are doing the same thing, but many people say well, we're just the most out of fashion and out of date architects. Talking with the young architects themselves who are doing this work, they feel that neo-modernism (by their parents or their grandparents), and they see us as really quite on the ball, which is nice, because I think we are too. And the things which they're thinking about now, I've been thinking of since the 1950s. Their parent's generation, and their grandparent's generation, we feel had the wrong view of us: they looked upon post-modernism as the thing that Philip Johnson wrought. Well, we call that "PoMo", and we said "specious, and commercialised". We approve of commercialism in Las Vegas, and in Philip Johnson. And we're encouraging young architects to do exactly what you've asked us to think about: in what way, what are we doing now, and in what way have situations changed, and how would we then ourselves reassess what we have done?