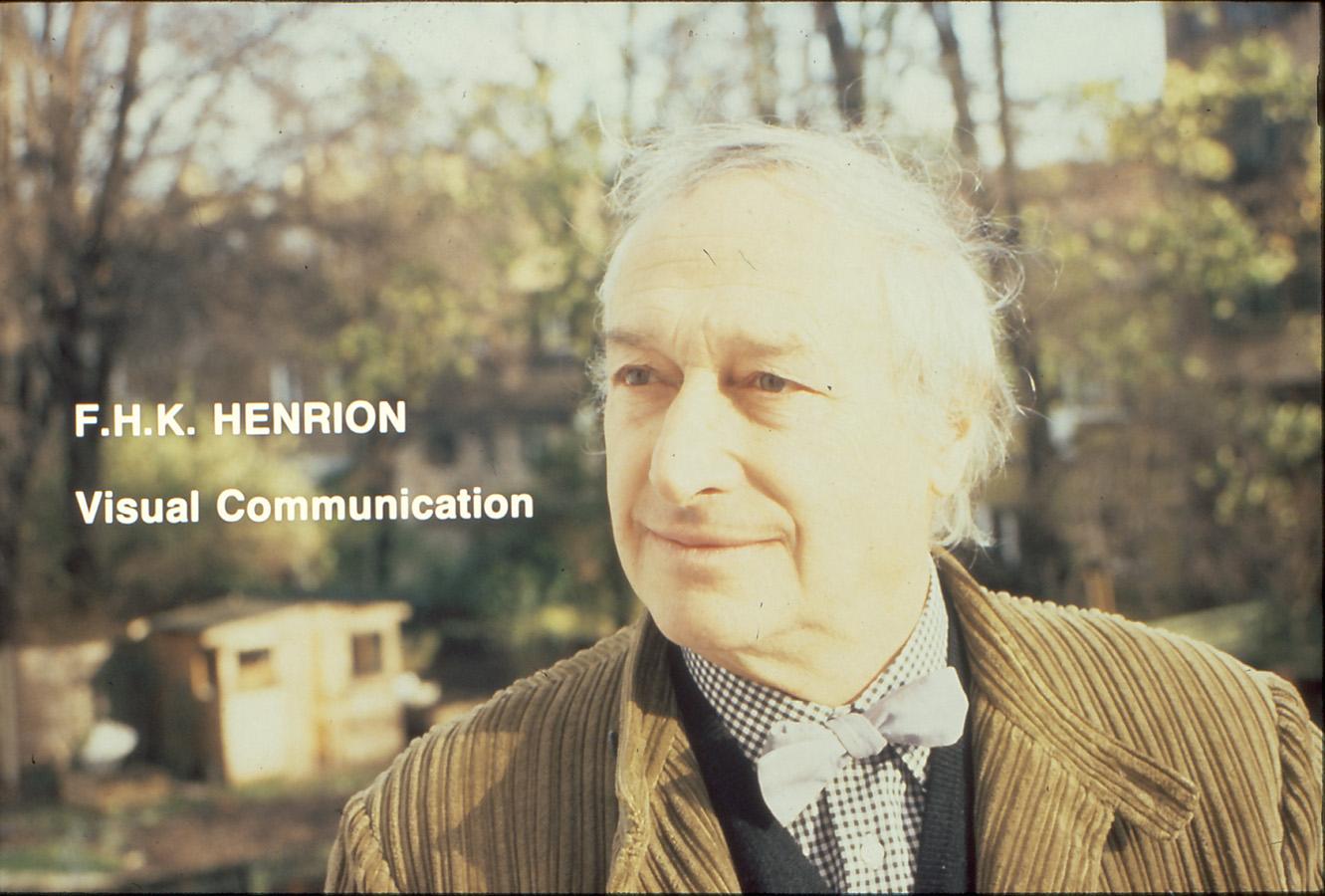 To be a designer means a lot of things to different people, and there are different definitions of design. I can only give my own of course which is that it encompasses a great variety of applications over a very wide range. Certainly, although I was trained as a two-dimensional designer,I find the third dimension in product design or exhibition design is an essential part of it. It's difficult to divide one from the other, or set a dividing line between the two. One thing I feel is that, to some modest degree, designing means being helpful to bring the future into the present, which is not as skilful as it sounds because the future's all round us, we just want to recognise it and work towards it. But I feel a bit of that must be part of every design activity. Now, about my own work: I was trained originally as a textile designer in Paris and then I became a poster designer and I went to Paul Colin's school in Paris, who was one of the great poster and theatrical designers at the time. He only died recently aged 93 I believe. There were about 80 people in the school from all over the world and I probably learned more from them than from him. It was an exciting time in the mid-30's. I also was meant to work for A. M. Cassandre, probably the biggest and most important poster designer of the century. But through political events taking place at the time, namely that the Nazis marched through the Rhineland in 1936, the day that I should start with him, the collaboration never took place, and I found myself designing posters and exhibitions for the French pavilion at the Levant Fair in Palestine. Having my posters there on the wall of the French pavilion, the British Crown Agent of the Colonies saw them and invited me to come to London to do all the posters for citrus fruit, oranges and grapefruit, on the Continent. And that's how I found myself in England. Soon, when the War started, I worked first for the British Ministry of Information designing posters and exhibitions, and when the USA came into the War, I was also consultant to the American Office of War Information and designed more posters and more exhibitions for them. And, as at the same time, Allied governments resided in London, I was commissioned to do about half a dozen posters for the Dutch government in exile, for the Chinese government and for the Yugoslav government. So it was a very exciting time and I worked about 15 hours a day every day and enjoyed it. It was a very fulfilling time because everybody felt what you did was worth doing and needed doing, and there were not the usual client problems suggesting slight changes. They asked for a design for a cause which was urgent, you did it, it went into print and you started the next one. This hardly ever happens in normal peacetime work. 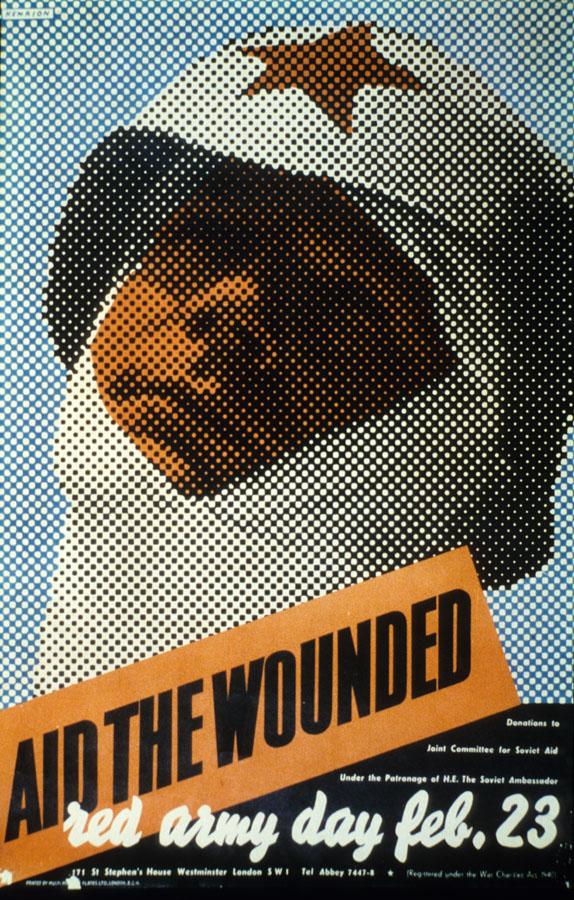 The first poster here is one designed for Aid the Wounded Red Army Day to collect money for the USSR who were then our allies. I used, probably for the first time, a very coarse screen, large dots made up the picture, which looked almost illegible from nearby and became very clear across the street, a poster which had a certain success.