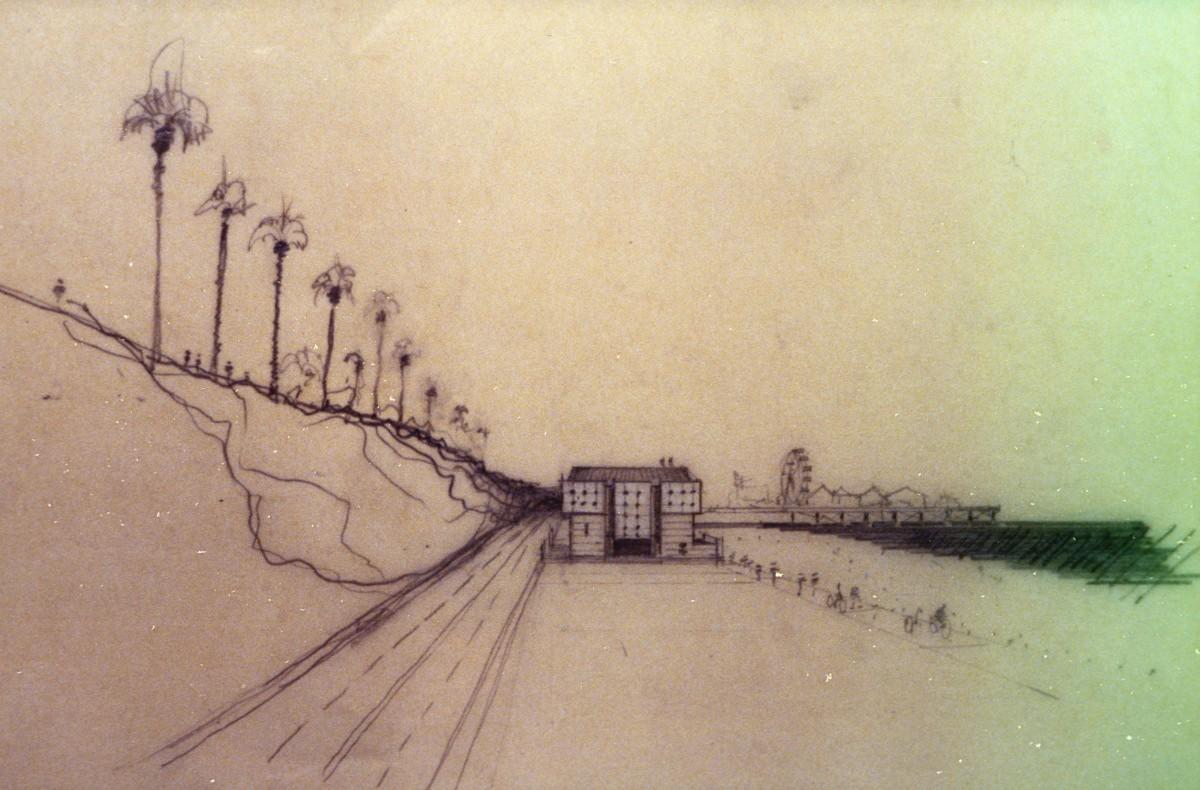 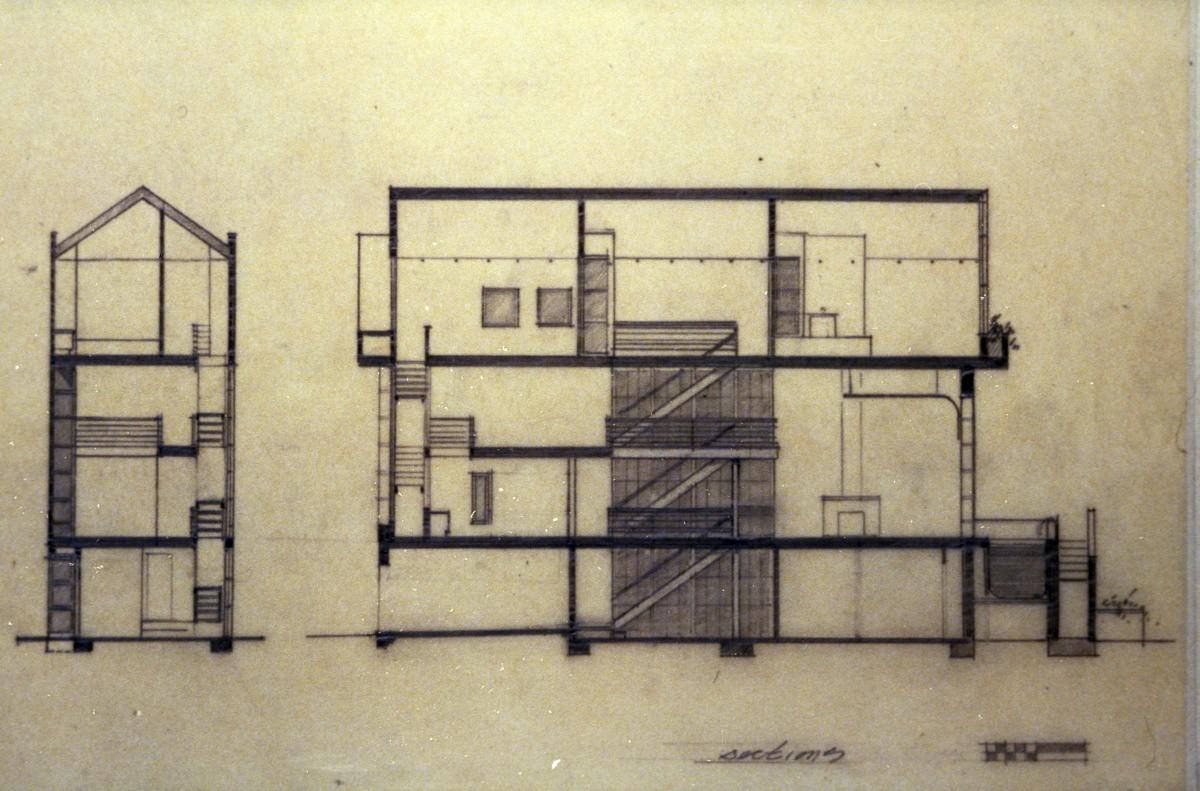 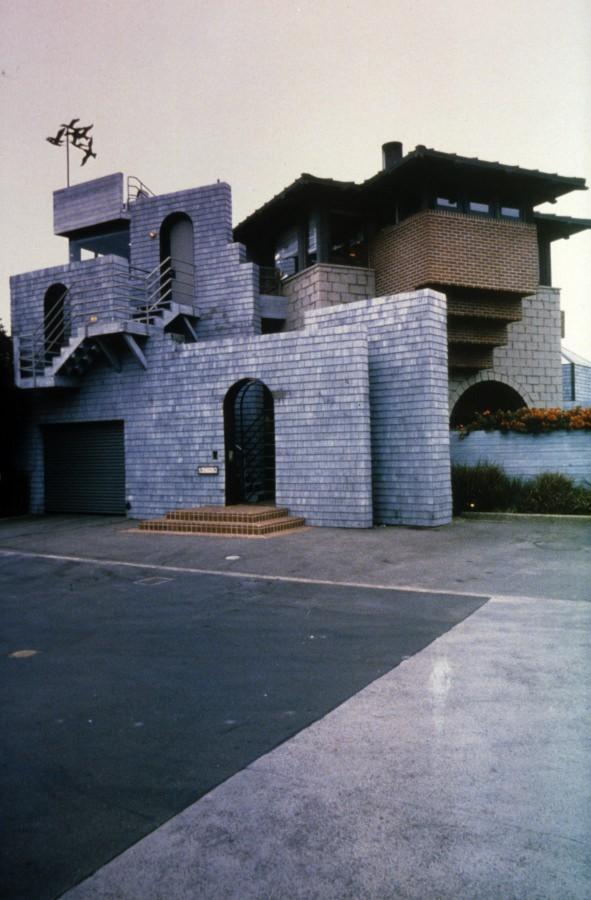 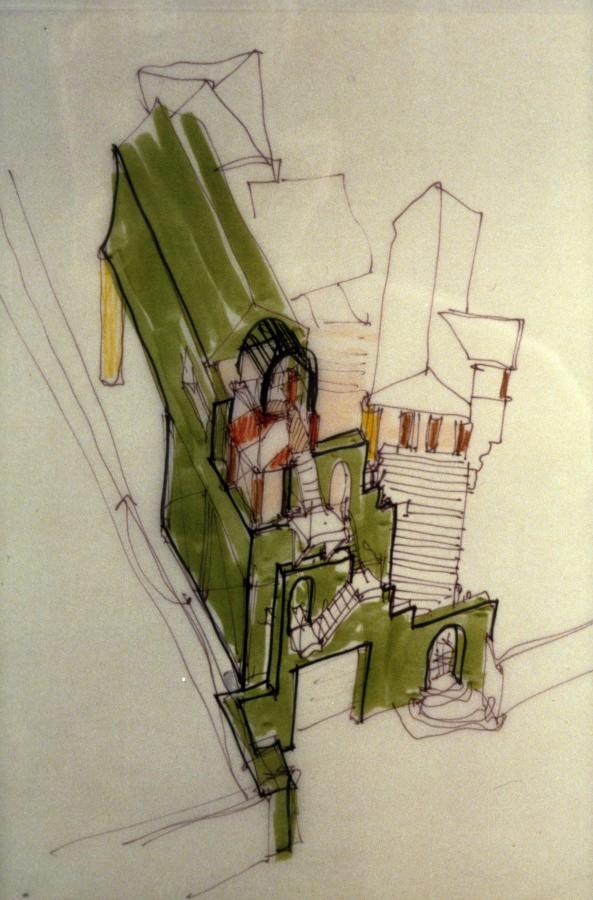 The work of 10 Californian architects seen through the eyes of Cedric Price and Ron Herron at an exhibition in the RIBA Heinz Gallery in 1992.

Biographies of the 10 Californian architects in alphabetical order:

Rebecca L. Binder, FAIA
Rebecca Binder was born in 1951 in New Jersey. She received her master's degree in architecture from the University of California in Los Angeles, after first earning a degree in literature and studying in England. She has won many national design awards and is widely published. She states "my work is constantly evolving, derivative of modern precedents and cognizant of contextual influence and style". She has taught in Italy and is a professor at the Southern California Institute of Architecture (SCI-ARC) in Santa Monica.

Arthur Dyson, AIA
Born in 1940 in Southern California, Arthur Dyson was educated at the University of Wisconsin and the University of Oklahoma. At the age of 16 he apprenticed with Frank Lloyd Wright (see The World's Greatest Architect). Following his Taliesin studies, he apprenticed with Bruce Goff and William Gray Purcell. He states that his intent is "to create building that are appropriate to the site, climate and time and are relevant to the client's vision and dreams". While concerned with technical efficiency, environmental appreciation is expressed in the association of materials, colours and texture, light and shadow. He frequently uses common and inexpensive materials and construction techniques in new forms, textures and rhythms which extend their intended limits. Dyson practices in the agricultural central valley of Fresno, California. His designs have received international recognition and awards, and he has been published extensively.

Steven Ehrlich, AIA
Steven Ehrlich was born in 1946 in New York. After receiving his architecture degree from Reinsurer Polytechnic Institute in New York, he joined the Peace Corps Architecture and Planning Office in Marrakech, and worked with the Moroccan Office of Planning and Housing for two years. Continuing his stay in Africa, he taught architecture at Ahmadu Bello University in Zaria, Nigeria. A modernist greatly influenced by the African culture, Ehrlich returned to the United States where he settled with his family to practice in Venice, California. He considers himself an "architectural anthropologist" between social traditions.

Joseph Esherick, FAIA
Born in 1914, Joseph Esherick is an internationally known designer and educator and a leading practitioner of the San Francisco Bay Area style of architecture. He is the winner of an American Institute of Architects Gold Medal in 1989 for work as "an outstanding designer, and educator steeped in the arts, and a humanist with deep concern for the preservation of the profession of architecture and our society". He joined the faculty of the University of California at Berkeley in 1952 and has been the Chair of the College of Environmental Design and Department of Architecture. Currently a founding partner in the firm Esherick, Homsey, Dodge and Davis, he is an architect whose goal is "to create wonderful places for people".

Ray Kappe, FAIA
Born in 1927, Ray Kappe's work is a long tradition of architectural excellence. His work is internationally recognized and appreciated for careful, conscientious planning and a commitment to his community. Kappe was the founding Chairperson of the Department of Architecture at California State Polytechnic University at Pomona, and he was instrumental in the formation of the Southern California Institute of Architecture (SCI-ABC) where he served as a professor, founding director and member of the board of directors. Additionally, he won the California Council of the American Institute of Architects award of excellence for the SCI-ARC school building. Kappe has been elected to the College of Fellows by the AIA, and is actively involved in civic design and planning issues. His design philosophy is "that the major forms of architecture are a response to user needs, the development of space, the relationship to site and environment, and the ordering of structure and materials".

Kendrick Bangs Kellog
Born in 1934, Kendrick Kellog is a native Californian from San Diego who grew up in the beach community and on a horse ranch. Following his education at the University of California at Berkeley, University of Southern California and the University of Colorado, Kellog returned to San Diego where he has been active since the 1960s in architecture, zoning, building and design standards on a state and national level. His work has been widely published in the United States, Europe and Japan where his unique combinations of material, environment, sensitivity and curvilinear designs have attracted strong attention. Kellog is related to Fredrick Law Olmstead, the "father of landscape architecture" who in the 1800s significantly broke from the firm, symmetrical patterns of the time to produce curvilinear, irregular landscape patterns. This practice is continued in the work of Kendrick Kellog today.

John Lautner, FAIA
Los Angeles architect John Lautner was born in 1911. Throughout his sixty year career, his distinctive projects continue to push beyond what has been done before. He states "that each project was the best solution for the challenges it presented and did not result from prevailing style, fad or (his) earlier designs". Following a liberal arts education, Lautner left his native Michigan and joined Frank Lloyd Wright at Taliesin in 1933. He established his own practice in burgeoning Los Angeles during the 1940s. He chose the architecture profession because "it is the most all-inclusive kind of profession you can pursue: it includes everything in life". His accomplishments have been marked by innovations that he partially attributes to his knowledge of construction practices and materials. Lautner is outspoken in his love of good architecture, and regarding his work: "I choose to be continuously growing with real ideas contributing to real architecture".

Donald William MacDonald, FAIA
Born in Calgary, Alberta, Canada in 1935, Donald MacDonald received his bachelor's degree at the University of Oklahoma (1962) and his master's degree in Architecture from Columbia University (1963). MacDonald moved to San Francisco to teach at the University of California at Berkeley. In 1967 he began his own practice, and has received numerous awards and recognition for his innovative urban design, mixed use complexes and housing for the homeless. According to MacDonald "architecture must deal with the whole of society, and concern for the common man is part of great architecture". MacDonald has been the impetus behind and helped to fund and curate the 10 Californian Architects exhibition.

Charles Moore, FAIA
Born in 1925, Charles Moore has been an internationally acclaimed architect for over four decades. He received the Gold Medal in 1991 from the American Institute of Architects in recognition of unfailing pursuit of design excellence, education, and professionalism. His work, writing, and teaching have had a profound influence on American architecture. Committed to education as well as to practice, he has taught continuously for the last forty years. He was Dean of architecture at Yale and chairperson at the University of California at Berkeley. He has co-authored seven books on architecture, and illustrated the children's story Beauty and the Beast. Throughout his work, he has retained a deep appreciation for the uniqueness of the places where he is asked to build. Moore also spoke to us in Designing With People's Desires.

Price also recorded Technology Is The Answer But What Was The Question? for us in 1979, and Herron A Quiet Technology in 1982.

Cedric Price Technology Is The Answer But What Was The Question? 1979